Brexit – can we have our cake and eat it? 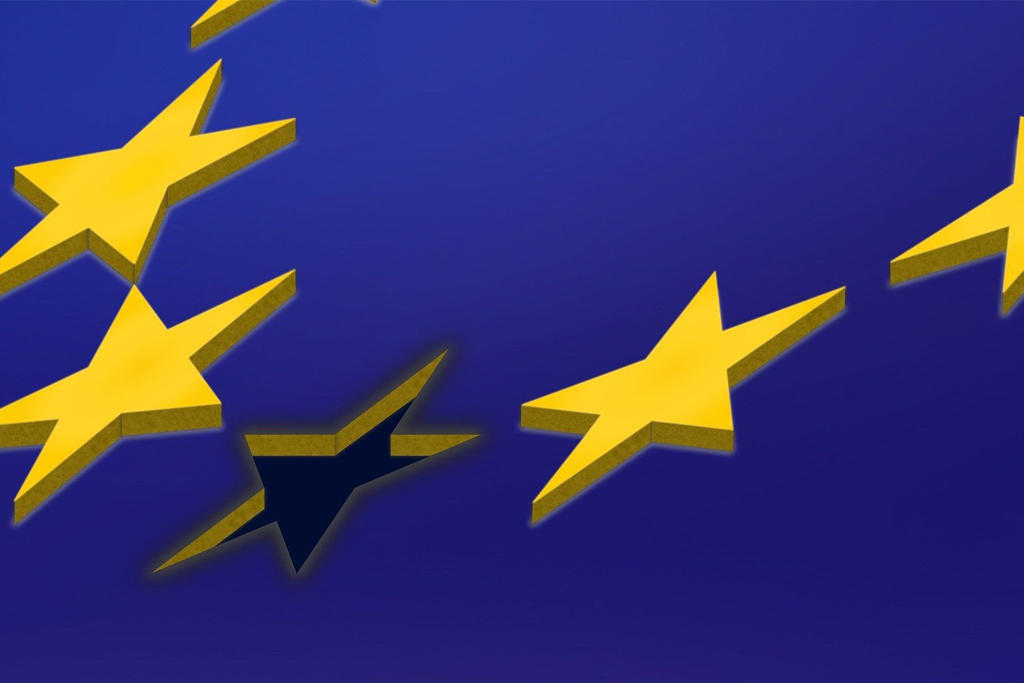 As local businesses struggle to maintain some sort of normality through the current pandemic, those that have any dealings with the EU, and that’s most of us, are now facing a new dilemma.

There’s red tape, and lots of it. From customs systems to data protection, the ‘oven ready’ withdrawal treaty from the EU – four years in the making – has so far, not lived up to its promise. In fact, quite the opposite – there is now probably more confusion and uncertainty than ever before, leading to anger and frustration, especially among smaller businesses.

We’ve seen it with freight congestion at UK and EU ports and demonstrations in London by the seafood industry, who claim that the sheer volume of extra documentation and new border controls are creating severe disruption to the export of their fresh fish and seafood.

The facts are, that now we have left the EU, food exports are subject to new customs and veterinary checks along with the issuing of ‘Export Health Certificates’. In fact, some Scottish trawlers have been landing their catch in Denmark to avoid what they say is a ‘bureaucratic nightmare’.

As we all know, the fishing industry was one of the key discussion points in the recent last minute deal agreed with the EU at the end of last year. The problem is, as with most things Brexit, it’s not that straightforward.

To illustrate this, despite an agreement that still allows EU boats to fish in UK waters, there is a great deal of uncertainty over the legal status of fishing rights. A further complication is that 50% of England’s fishing quota is owned by foreign companies, sailing under a British flag, after being sold off in the 1990’s.

According to the BBC, that’s around £160m worth of England and Wales’ quota, or 130,000 tonnes of fish. This equates to 55% of the quota’s annual value. However, this does not apply to Scotland – responsible for 60% of the UK quota – where just 4% is in foreign hands. Most of the Scottish fishing industry is owned by family run businesses.

Of course, it’s not just the fishing industry and perishable goods sector that has been affected by Brexit.

Manufacturing has also been hit hard, as we have been discovering in our region.  In fact, it’s reported that EU customers are currently cancelling orders, due to increasing confusion about custom forms and extra costs.

In addition, according to accountants UHY Hacker Young, around 30% of small UK businesses have stopped shipping goods to the EU. We’ve also seen hauliers refusing to transport goods from the UK.

This is despite the government stating it would be tariff free trading after the transition period. It just seems that no-one told HMRC or for that matter EU businesses selling to the UK as, since 1st January, UK residents buying from an EU supplier now have to pay customs tariffs and VAT – depending on the value and from where it’s shipped.

Gifts over £39 from EU now subject to import VAT

According to HMRC, anyone in this country receiving a gift worth more than £39, from anyone in the EU, could now have to pay import VAT.

Also, UK-based buyers ordering goods costing more than £135 from EU based websites also face having to pay import duties. These could range from 0% to 25% of the product’s value and are the responsibility of the customer.

As these charges are levied when the goods enter the UK, all extra costs are being collected on behalf of the government, by the courier or freight forwarder. Many couriers are now adding ‘handling charges’ to delivered goods. For example, DHL charges UK customers 2.5% of the price of the goods, with a minimum fee of £11 while Royal Mail charges £8 per item for clearing customs and border checks.

This is undoubtedly going to have an effect on B2C business and, in some cases, could even see a ceasing of such trade unless a compromise can be found.  However, there are ways round this. Amazon, for example, collect the VAT on behalf of the retailer while some EU suppliers are offering a rebate scheme that refunds some of the charges upon delivery.

Higher costs when buying from EU

Whatever happens, there is no doubt the cost of buying and selling to/from the EU has become a lot more expensive, and confusing. In fact, some European suppliers such as Dutch retailer, ‘Bike Bits’ and Belgium based ‘Beer on web’ have stopped taking orders from customers in the UK due to the red tape and extra costs.

The warning here is for anyone who currently sources or intends to source goods from an EU supplier, is the need to be fully aware of all the likely extra costs involved before purchase.

The manufacturer’s trade body, Make UK, says that the new requirements are very complicated and that was said by someone who worked for HMRC for over 30 years.

So, what’s the problem?

Wholesale change in the manufacturing process

Our globalised economy is highly reliant on the portability of goods and over the years we have striven to break down the barriers to trade such as tariffs and protectionism. The whole manufacturing process has changed dramatically since the mid-19th Century when Samuel Fox was exporting rails and umbrella frames from his works in Stocksbridge to the Americas and mainland Europe.

His answer, when, in 1860, France imposed high import duties on his umbrellas in a bid to protect its own industry, was to set up a factory in Amiens, northern France to manufacture frames using raw material sent from Sheffield.

However, it wasn’t a financial success, due to the cost of importing raw material and re-locating staff from Stocksbridge. In fact, it never made a profit, and in 1914 the business was legally wound up and closed down.

On the other hand, Fox did learn an important lesson from the ‘experiment’. That is supply and demand is global – something that is highlighted in the current Brexit debacle.

Even by 1870, Samuel Fox knew the answer to expansion and independency was to explore new opportunities. This led to appointing agents throughout Europe, America, Canada and even Russia with his products being exported around the world.

Today, it is us that have become dependent on the rest of the world to supply our needs. And it’s not just the fishing industry that is controlled by foreign companies. Our manufacturing sector, for example, has the highest level of foreign ownership in the world, outside the services sector, according to Alex Brummer in his book ‘Britain for Sale’.

There is no doubt, that nowadays with a global supply chain, it has become increasingly difficult to pinpoint where a product is actually made’ A car, for example, might be assembled in the UK but many of its components will be produced anywhere in the world where the skills are highest and labour costs are lowest.

As a member of the EU such a process was seamless, with no tariffs and a free trade customs process. Today, it’s fair to say, that it’s doubtful that a high tech product could now be wholly manufactured in the UK.

James Dyson proved this by moving manufacturing to Southeast Asia (but keeping R&D in the UK) and even the proposed 4×4 INEOS Grenadier is to be built in France (rather than the original South Wales) to avoid the new tariffs and, according to CEO Jim Ratcliffe, the antiquated UK customs systems.

So, will we see the current difficulties settle down, and the churlish tit for tat incidents such as Dutch customs confiscating a ham sandwich from a UK lorry driver, come to an end?

It largely depends on how much trade you do with the EU. In our previous blog we talked about data protection and employing staff from an EU country as well as the movement of goods and people across the 27 member states, as we settled in to making it work.

Larger firms who rely on the import or export of goods to or from the EU will already have systems in place, and apart from the upheaval and general disruption will largely be geared up for the transition.

Smaller businesses, on the other hand, who may only occasionally get involved with international trading, could find the whole process somewhat daunting and be tempted to ignore new opportunities.

Yes, there are new regulations to contend with, such as having the relevant EORI number before transporting goods to the EU. However, if using a courier or freight forwarder they usually deal with this, and yes you could be liable for extra costs such as VAT and import tax but as we said, check to see what these are likely to be before committing to the transaction.

Finally, if using a proprietary accounts package such as Sage 50, it’s worth noting that you will need software that creates a UK customs declaration (C88) and be able to integrate with HMRC’s Customs Handling of Import and Export Freight (CHIEF) system for reporting customs and excise duty. Your accountant will be able to advise on upgrading your accounts package.

A key thing to remember, is you won’t be alone. It is estimated that up to half a million firms are filing customs declaration for the first time and have never used CHIEF, as they previously dealt with the EU under single market terms. It’s also worth pointing out, that we are aware of problems with the 1989 system that, former Brexit secretary, David Davies said in 2017 would be upgraded, and be ready in 2019 for leaving the EU customs union.

There is no doubt, both sides are facing a steep learning curve, but businesses will quickly adapt to the new way of working. We believe this temporary blip will soon lead to adjustment and new opportunities.

The UK has been moving away from manufacturing to services for many years and in that time, we’ve seen the economy grow faster than the European average. In 2019, the UK economy grew 78% in total compared to the Eurozone’s 56%.

It’s not going to be easy, especially as we respond at the same time to the Coronavirus pandemic, but despite the short term disruption, UK businesses are more than capable of moving on and searching out new opportunities – just as Samuel Fox did over 150 years ago.

You can find out more here on the Government website, or you can give us a call on 07885 784783 or email kiley.tan@mosaicint.co.uk and we will be pleased to help.